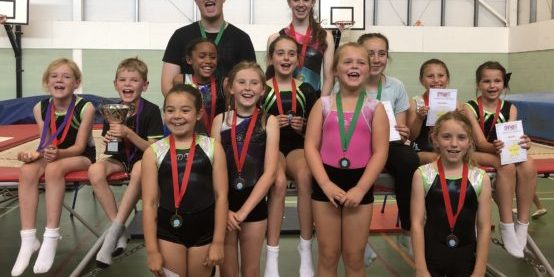 On Sunday 1st July over 40 children took part in the latest Springfit Invitational Trampoline competition in Oxted. In very warm conditions the youngsters all kept their cool to perform outstanding routines for the judges and dazzle the spectators who came along to provide their support.

The wonderful venue, which has hosted Springfit competitions for over ten years, needed a lot of ventilation to keep things comfortable for those in attendance but it didn’t seem to be an issue for the focused and determined gymnasts who gave their all at the event. Heralding from Clubs throughout Surrey and Sussex, there was a sense of shared values permeating from the organisations who came together to offer a positive experience for everyone taking part. It was clear that there was support shown to each and every one of the children, no matter which Club they represented.

One parent commented: “Knowing how nervous my own son was beforehand, it was great to see all the children harness their nerves and perform regardless. I thought they all did really well.” Another said “The best part was seeing everyone enjoy themselves, in what was not an ultra competitive atmosphere. Everyone was so friendly.”

The competition started with the entry level grade performers which provided results that were so close, there was barely one mark between the podium placing scores for 20 children in this category. Anti-Gravity Club took first place in each of the age groups and Flair Club were overjoyed to see each of their gymnasts who entered take home a medal.

Members of Springfit Clubs also enjoyed medal success, taking home two silver medals and three bronze medals. A special mention should also go to nine-year-olds Stephen Lamont from Anti-Gravity and Lily Murphy from Springfit who won the “Marie Manhire-Clark award for effort in competition”. Both stumbled during their first routine leaving them devastated at the result, but pulled a fantastic second routine out of the bag to show they were not phased and could handle the responsibility of performing again. They each got presented with a trophy to show off on the day and Gold medals for effort to take home.

Pictured below are Lily and Stephen with their trophies, along with podium winners from various categories and group photos of medal winners.

Congratulations to everyone who took part and we look forward to seeing you at the next competition in November! 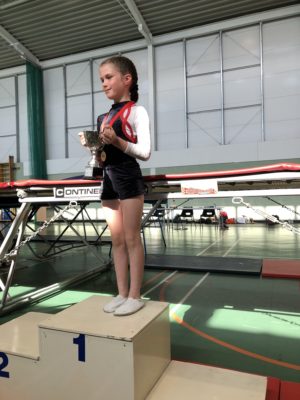 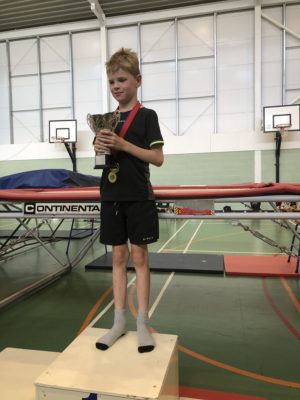 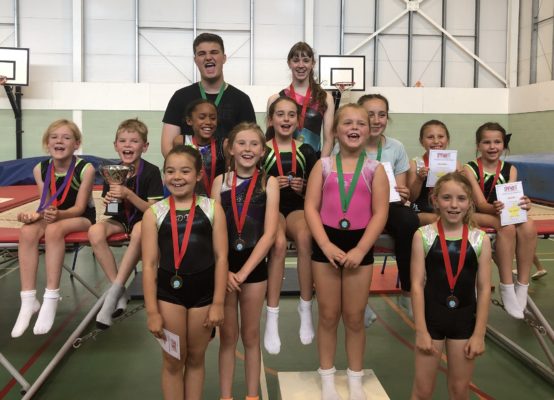 Levels I and F 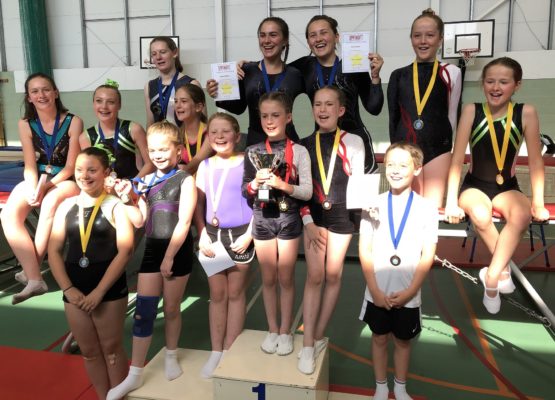 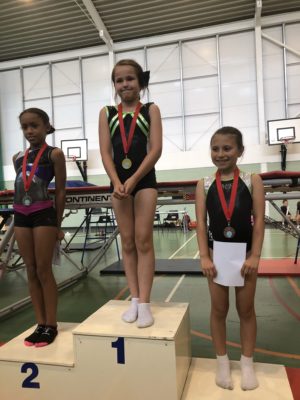 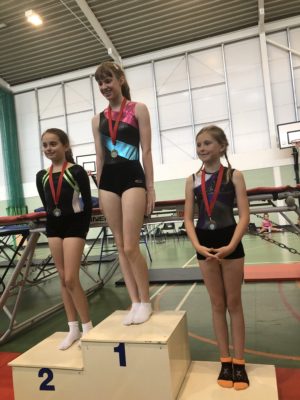 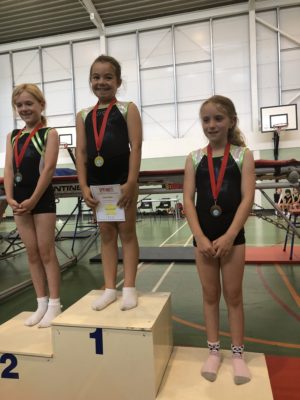 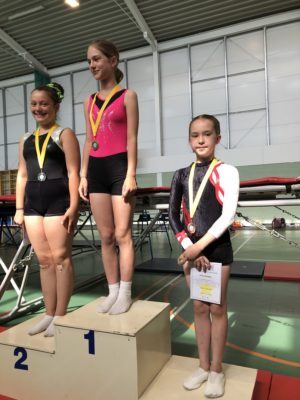 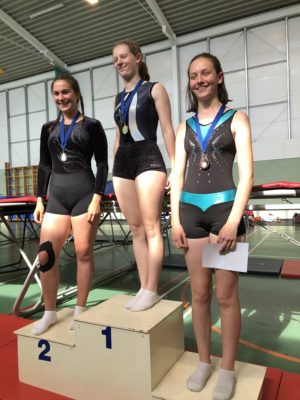 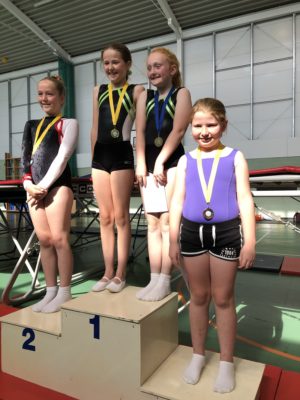 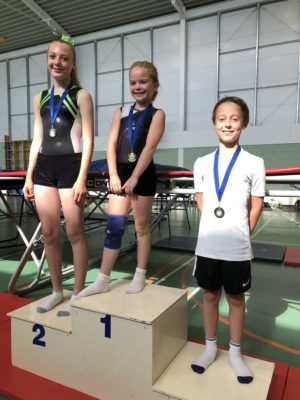 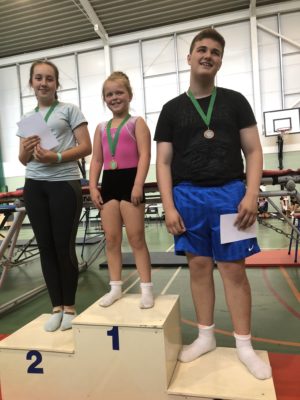 TRAMPOLINE COMPETITION INVITES ARE OUT!
29th September 2017
Go to Top