Amazing displays of gymnastics in final Springfit competition of 2017.

WOW what an amazing turnout at our Floor and Vault competition last Sunday! The final event of Springfit’s Competition Calendar was extremely popular with well over 60 gymnasts competing and hundreds of coaches, friends and family there to support them! In every category, gymnasts were invited to to perform one floor routine and one vault. The scores were then combined together to give a placing in every grade. 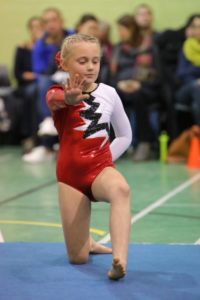 Due to the sheer number of competitors the competition was split into two. The first half was for those in Grades 1 and 2. In all but one category Springfit gymnasts took medals!

Diana Trembacs (Oakwood) took the first Gold medal of the afternoon in the Grade 1 category for those born 2007-09 with a solid floor routine followed by an equally strong vault. Chloe Dean (Copthorne) and Lily Murphy completed the medals – all the girls are trained by Head Coach Katie. In Grade 1 (DOB 2010) it was another 1,2,3 for Katie with three of her Copthorne gymnasts taking the top spots – Sophie Buckingham took Gold followed by Phoebe Rose and Saskia Spencer. In the final Grade 1 category (DOB 2011-12) it was another Copthorne Gold and Silver for Alexia Gibb and Melia Phillips. Alexia secured Gold with strong performance on the floor and over the vault.

Moving onto Grade 2, spectators and judges continued to be wowed by straddles and handsprings over the vaults and smooth displays of tumbles, rolls, handstands and more on the floor! Taking the top spot of the podium was a surprised Ruth D’Urban Jackson (Hazlewick) who looked like she couldn’t believe she had won but with two of the highest scores on both the floor and vault she was a well deserved Gold medalist. Two Oakwood gymnasts – Eloise Murphy and Lauren Brenton filled the silver and bronze positions.
Next up in the DOB 2009 Grade 2 group it was a close battle between Lily Fitzpatrick (Copthorne) and Darcey Bigger (Jubilee) for Gold with Lily edging ahead by only 0.15 points. The final category in Grade 2 (DOB 2010-11) saw a Pointers Club 1,2,3 with Isabelle Mulier slightly ahead of her team mate Sophie Langley. 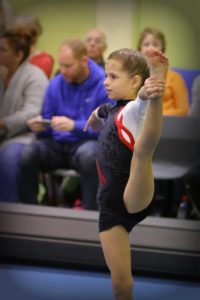 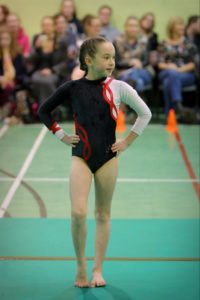 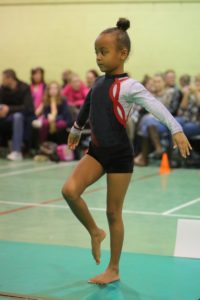 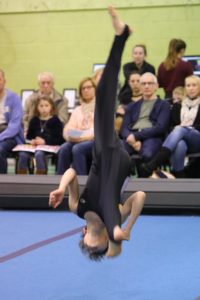 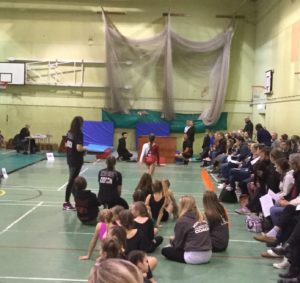 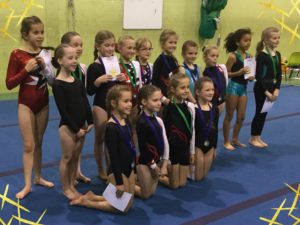 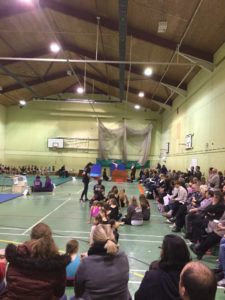 After a short break we moved into Grades 3-6. As we moved into the higher grades, the vaults got more impressive and floor routines more complicated. We were pleased to see Springfit gymnasts taking medals in every category which is credit to all the hard work they have been putting in during the weeks before the competition.
Paulina Rimkute who trains at Hazelwick with Head Coach Steve and Sophia English who is a member of our Elite Squad coached by Plamen and also Georgie at the Jubilee Centre took Gold and Silver respectively in Grade 3 (DOB 2004-07) and we had another Gold for Chloe Forward (Copthorne/Hazelwick) in Grade 3 (DOB 2008) and Sophie Day (Jubilee) took a great Bronze medal in a tough group.
Gymnasts from Pointers Club in Warlingham started to get into the medals in the later categories which was great as we like to see some healthy competition for the Springfit gymnasts. In the final two Grade 3 categories Springfit gymnasts took Silver and Bronze. In the 2009 group Ava O’Donnell (Copthorne) and Kiera Bruce (Hazelwick) narrowly missed on the top spot by only 0.2 and 0.3 respectively. Two Jubilee gymnasts, coached by Georgie, Abbie and Carla, Emilia Teesdale and Ava Highland took Silver and Bronze.
In Grade 4 (DOB 2004-07) Elite class gymnast Amelie Fobbester-Balk spilt two Pointers gymnasts to take Silver and was only 0.2 off Gold herself as did Lola Ryan (Copthorne) in Grade 5 who secured her medal with a strong vault performance. Carmen Bulger (Jubilee) and Emily Dobb (Elite Oakwood) shared Silver in a close run contest in the other Grade 4 category (DOB 2008-09) with Niamh Lesova (Oakwood) not far behind in Bronze. Emily excelled on the floor with the highest score in her group and Carmen had the second highest vault score.
The final category was our Grade 6 gymnasts where the floor routines really moved up a level with them having to complete more moves – 15 in total. Elite class member Katie Vaughan added to her collection of competition medals with a well deserved gold and fellow Elite member Emily Gouveia-Correia took bronze.

Again we would like to thank everyone that came along to take part or support the gymnasts – it was another fantastic competition and embodied what Springfit is all about – enjoying gymnastics in an safe and fun environment and also gaining great experience in competing in a friendly and supportive environment.

TRAMPOLINE COMPETITION INVITES ARE OUT!
29th September 2017
Go to Top